My dad was a sperm donor. My lack of identity reflects his

The film Delivery Man shines a light on the people deprived of roots, extended family and a father figure. It's a hole that can never be filled

This article was first posted at The Guardian on January 16, 2014. 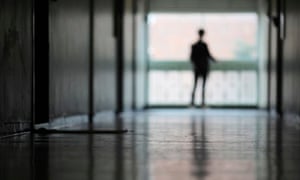 The film Delivery Man, about a sperm donor who unwittingly fathers more than 500 children, has been panned by the critics. Its cloying sentimentality, clumsy symbolism and implausible plot certainly grate; but for me, as a donor-conceived adult, it is important that the feelings of people like me have been brought to light. In the film, the donor's offspring get their happy ending: a warm and loving relationship with their biological father (and plenty of hugs, shared sunsets and burger-flipping opportunities too). In the UK, the reality is that donor-conceived people born before 2005 have no right to know the identity of their donor.

All I know about my father is that, one day in August 1971, he went into an office in Harley Street, masturbated into a bottle, was paid and left.

In all probability that is all I will ever know. Not for me the chance of asking for his details, as would be the case if I were adopted. The doctor who facilitated my conception is now dead, and in any case he claimed, when contacted years ago, that all his records had been destroyed.

My mother's husband was infertile. I called him "Dad" for 15 years, until I discovered by chance that my two siblings and I were donor-conceived. "Donor-conceived" is a clumsy term, because, in relation to me, the man in the clinic was not a donor. He gave something to my mother, but nothing – less than nothing – to me. He is, or was, my father, but by co-operating with my artificial conception, he deprived me forever of the possibility of knowing him. I do not know his name, what he looks like, what his personality is, what his voice sounds like. I do not know my paternal grandparents, my aunts and uncles, my cousins.

I did not know, until I lost it, how much my sense of identity was rooted in my knowledge of who my parents were. Incidentally, discovering I was donor-conceived was in many ways a relief, since by that point "Dad" had been imprisoned for indecent assault of a child; but even though I was liberated from a genetic link with him, I was also cast adrift from who I thought I was, and from all the stories that make up a family's sense of identity. My sense of exile was all the more acute because, ironically, I had spent several years researching my family tree. It turned out that I had nothing to do with those illiterate peasants in Leicestershire after all.

The peculiar thing about donor conception is that on the one hand it privileges genetics: the fertile partner gets to be a real, biological parent. On the other hand, it says that genetics do not matter for the other half of the gametes, and that as long as a child is "wanted", he will have everything he needs.

Unfortunately, that is not true. I do not have a relationship with my father, and not just because of my mother's husband's criminality; I do not have a father because my mother, with the help of the medical establishment (and the law) deliberately deprived me of one. My mother claimed that her infertile husband was my father, so my birth certificate perpetuates a lie. Until I was married, my non-father was my next of kin.

I do not have a father, or the sense of identity that goes with one. I do not have any knowledge of half of my roots, my father, my medical history … so every time a doctor asks me, "Any family history of …?" I have to tell them I do not, and cannot, know.

And this deprivation, though diluted for my children, persists for them too. When my youngest daughter was diagnosed with cancer at one year old, I wondered whether this was another unthought-of consequence of the casual trade in gametes 40 years ago. My mother was assured, I presume, that only healthy young men were used.

Certainly things were different in those days. My mother told no one of our origins, and planned never to tell her children either. She insisted on family likenesses to a degree that is embarrassing in hindsight. I suppose this shows that she knew that origins mattered, even though ours were based on a falsehood.

Nowadays it is deemed to be an acceptable lifestyle choice for a woman to choose to have a baby using donor sperm, whether or not the baby will have even a semblance of a father figure. Birth certificates can even legally ratify the fantasy that a baby can have two women – or two men – as her two parents. Apparently it is enough for someone to want a child: that wish demands to be fulfilled, with scant regard for what the child might be deprived of.

I, and others like me, beg to differ. There is no Hollywood happy ending in sight for us.