The Medical Risks of Homosexuality and The Values Voters Summit

Sexual revolutionaries consistently change the subject away from medical risks and back to their favorite topic: the hatefulness of anyone who brings them up. 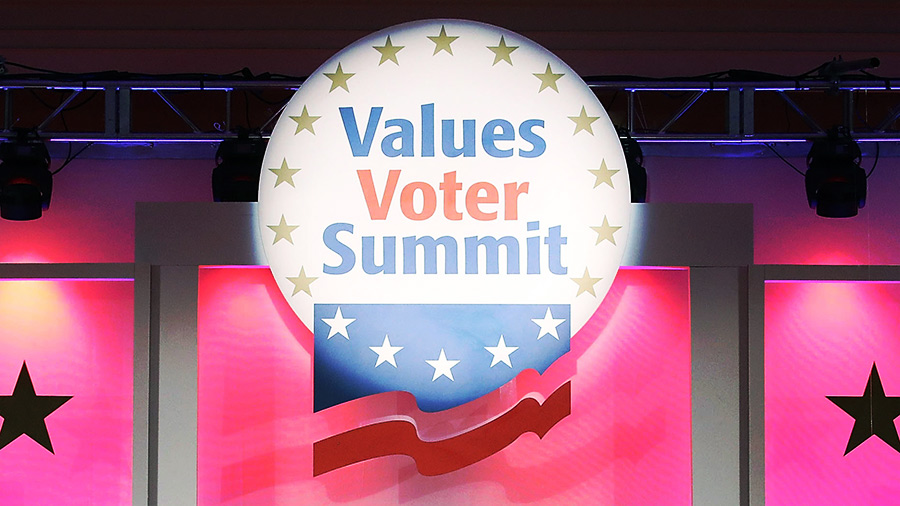 This article was first published on October 24, 2017, at The Stream.

The breathless headlines from the main stream media announced that the nefarious Donald Trump spoke to those nefarious Values Voters. “Trump Just Spoke At An Event Where Guests Were Warned Of ‘The Hazards Of Homosexuality,” BuzzFeed informed its readers. “‘Hazards of Homosexuality’ Flier Distributed at Values Voter Summit” screamed the NBC News headline.

Dig down a bit, what you find is a big nothing burger. The “anti-gay” flyer advertised a book that warned of the medical risks associated with homosexual activity. Oddly enough, the main stream media had no comment on the accuracy of the contents of the book.

Mainstream Media and the Facts

BuzzFeed quoted Gregory T. Angelo, president of the Log Cabin Republicans, an LGBT group, “I’d expect nothing less from the wingnuts at MassResistance.” NBC News quoted Sarah Kate Ellis, president of GLAAD, which they described as a “media watchdog group”: “This morning, addressing a gathering of some of the most extreme anti-LGBTQ activists in the country, Trump once again legitimized hate speech.”

BuzzFeed couldn’t even get the title of the book right, calling it, The Hazards of Homosexuality, when the correct title is The Health Hazards of Homosexuality. Neither BuzzFeed nor NBC News quoted a single person denying a single point in the book, or the advertising flyer. Their stories were about the people who wrote or promoted the book. MassResistance authored it. Dr. Michelle Cretella of the American College of Pediatricians endorsed it. The Family Research Council organized the Values Voters Summit. The Southern Poverty Law Center has designated all three organizations as “hate groups.”

Full disclosure: I too, am a certified hater, according to the Southern Poverty Law Center. For the sake of argument, let’s take as a given that I am the meanest, most hate-filled person on the planet, and that my hatred is directed at sexual minorities.

Now that we have that out of the way, can we please discuss two serious questions: Is homosexual activity riskier than heterosexual activity? And if it is, does it matter?

As a certified hater, I’m friends with most of the other certified haters. I happen to have a copy of The Health Hazards of Homosexuality on my shelf. I’ve read it cover to cover. I have not checked out all 1,800 footnotes. But I am familiar with many of the references cited. Let’s look at a few topics, that can be easily checked with the most recent data from the Centers for Disease Control.

The “wingnuts at MassResistance” quoted figures like these in The Health Hazards of Homosexuality. Do these facts matter? If you are an ordinary person, trying to figure out what to do and what to think, yes, I should think these facts matter greatly to you.

Why marginalize people who publicize facts like these? Because these facts interrupt the Grand Narrative:

Sexual activity is an entitlement for anyone able to give meaningful consent. There is no down-side risk associated with any kind of sex for anyone, if they use a condom every time. And if something bad happens to you, you must not have used the condom correctly or consistently.

In other words, the problems you experience are your fault. The Grand Narrative must never be called into question.

This is the same garbage Sexual Revolutionaries have been feeding straight women for years. Never mind the unwanted pregnancies or the STI’s or the broken hearts. Use a condom for “safer sex.” It’ll all be good. And anyone who connects the rather obvious dots between sexual activity and these outcomes, just hates you.

My point is this. Sexual Revolutionaries airbrush all the negative consequences out of the picture. They consistently change the subject away from these consequences and back to their favorite topic: the hatefulness of anyone who brings them up.

If you experience same sex attraction, you have choices beyond the Grand Narrative. Even if you have experienced same sex attraction all your life, so consistently that you think you must have been “born that way,” you still have choices about what to do, what to think, and how to describe yourself. The medical risks are not the result of stigma or “hate.” Anal sex is intrinsically risky, so much so, that the Surgeon General once declared it “simply too risky to practice.” Having large numbers of sexual partners increases the risks of STI’s. Anyone who tells you otherwise is not being truthful with you.

If you care about the health and well-being of sexual minorities, you should want them to have full information about the risks associated with various practices. That is what the headlines screaming about “hate” get wrong. And that is what the “wingnuts at MassResistance” get right.

WASHINGTON, D.C., October 16, 2017 (LifeSiteNews) – Liberal media and LGBT activists are outraged that President Trump spoke at a conference where an exhibitor warned people of the scientifically-documented health risks of sodomy.

Mass Resistance, one of the groups tabling in the conference’s exhibit hall, was selling and advertising its book titled The Health Hazards of Homosexuality: What the Medical and Psychological Research Reveals.

Mass Resistance was also selling copies of a book by Dr. Robert Oscar Lopez, a man who was raised by lesbians.

Buzzfeed and NBC News both wrote articles critical of Trump speaking at an event where vendors in the hall advertised for and peddled fact-based books about the risks associated with homosexual behavior.

Dan Gainor, Vice President of Business and Culture at the Media Research Center, said the left-leaning reports were biased.

“Conservatives need to understand that openly left-wing outlets like Buzzfeed will never cover conservatives fairly,” he told LifeSiteNews. “Editor Ben Smith says ‘there are not two sides’ on the issue, so why worry about what they say?”

The book in question used reputable sources for its information, including the U.S. Centers for Disease Control.

And it's not just conservative-based outlets that are writing about the sky-rocketing rates of sexually transmitted diseases among active homosexuals.

Sexually transmitted “diseases are on the rise in a number of groups, including women, infants, and gay and bisexual men,” the Washington Blade reported. “Between 2015 and 2016, syphilis rates rose nearly 18 percent. Most cases occurred among men, especially gays and bisexuals. Half of the men in those two groups also had HIV, according to the report.”

The Southern Poverty Law Center (SPLC) labels FRC and Mass Resistance “hate groups.” This claim was repeated in media coverage of the flier promoting the book.

USA Today and Newsweek both called FRC a “hate group” in their reports on VVS.

The SPLC’s placement of FRC on its “hate map” inspired the first incident of armed domestic terrorism in Washington, D.C. in 2012. A man shot FRC’s security guard and planned to massacre FRC staff. He said he found FRC because the SPLC labeled it “anti-gay.”

But the evidence says otherwise.

“The comments in the BuzzFeed article are very revealing: none of them deny the facts, as reported by the Centers for Disease Control,” Dr. Jennifer Roback Morse, Founder and President of the Ruth Institute, told LifeSiteNews.

“Who is the real hater here?” Morse asked. “The person who points out highly skewed patterns of risk, or the person who understates or diverts attention [away from] from those risks?”

“No one has claimed that the book isn’t accurate or false,” Brian Camenker of Mass Resistance told LifeSiteNews. “They just don’t like that the information is being made available.”

The secular website WebMD reports that homosexual practice has "downsides.”

“The anus is full of bacteria,” meaning even if neither partner has an STD, there’s still a chance of infections, it adds.